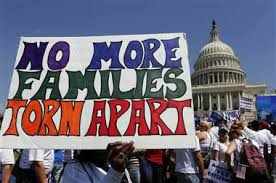 In February, Immigration and Customs Enforcement agents raided parts of Brooklyn, Manhattan, Queens and Staten Island to detain and arrest more than a dozen undocumented residents in their homes and workplaces.


According to the Pew Research Center’s five facts on illegal immigration, there were 11.1 million unauthorized immigrants in the U.S in 2014, accounting for at least 5 percent of the U.S. labor force. Some undocumented immigrants hope to receive permanent residency through a green card, a permit that allows a national to work and live in the U.S, the naturalization test, obtaining citizenship after an application and exam, enrolling in the U.S. military member or being a dependent of an armed forced member.

There are no shortcuts to U.S. citizenship. Some foreign-born residents, however, are lured to the U.S. by a company’s promise of jobs and economic opportunity. According to the Urban Labor Institute, employment-based green cards are sometimes used as a tool in labor trafficking, forcing undocumented people to work less than the minimum wage.”

“Women and men subject themselves to green card slavery,” said Figeroux, who finds that immigrants only do jobs that Americans don’t want.  “Go by Home-Depot, pick up workers for a day. If you need a nanny you’re not getting a U.S citizen or green card holder – you are hiring an undocumented person.”
For years, the U.S. had a bittersweet relationship with the nation’s rising immigrant population. In the early 1930s, the Mexican Repatriation movement sent more than a million Latinos to the U.S. to work during a labor shortage after the Great Depression. Despite a history of using immigrants to work in the U.S. the anti-immigrant sentiment is growing in the country.

“The atmosphere for immigrants changes from one decade to another,” Figeroux said. “Sometimes they like us. Sometimes they don’t. We want to look at immigration from a civil rights perspective.”

If an undocumented person is served with a Notice to Appear (NTA), it means that they must appear in Immigration Court on the date specified or at a scheduled date in the future, according to Figeroux. The NTA will list the reasons for an alleged removal including if a person is not a U.S. citizen, citizen of a home country or if they entered the country through a different city and whether the entry was authorized.

Figeroux advises clients to access the information or documents that U.S immigration officers have collected on them through a FOIA request (Freedom of Information Act), where they can request a copy of their immigration file. According to the U.S. Citizenship and Immigration Services (USCIS), the FOIA requests can take up 35 days to process for individuals who are scheduled for a hearing before an immigration judge. 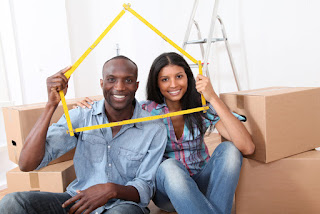 Buying a home is exciting. It’s also one of the most important financial decisions you’ll make. Choosing a mortgage to pay for your new home is just as important as choosing the right home.

Becoming a homeowner can be a great decision for many people, but it isn’t the right choice for everyone. Home ownership makes sense for different people at different stages of their lives. If you’re not sure whether you should make the move to buy your own home, it makes sense to consider both your personal and financial goals.

Buying a home is one of the largest financial decisions most people make and it’s also a big personal decision. Some people buy because they want more space, the freedom to decorate and renovate, or because they want to live in a particular school district. Many people become homeowners because they want to build equity and have stable housing costs. On the other hand, some people rent for the flexibility of knowing they could move if they needed to, or because they’re not ready to take on the financial and maintenance responsibilities that come with home ownership, or because it is more financially advantageous in their circumstances. Here is one common financial consideration to keep in mind as you decide whether or not owning a home is the right decision for you right now.

Understand when you will—and won’t—build equity
At some point, someone has probably told you that if you rent, you’re “throwing away” money. When people say this, they’re usually talking about the opportunity to build wealth in a home over time by building home equity. If you rent, you won’t build wealth in your home over time.
Home equity is the difference between the market value of your home and the amount of money you owe on it. Essentially, it’s the wealth you hold in your home. The equity in your home grows over time as you pay down the balance of your mortgage. If the market value of your home increases, your equity will also increase. If the market value of your home decreases, your equity will also decrease.
Buying a home is a long-term financial commitment and you will build home equity by paying down your mortgage over time. In the first several years of your mortgage, you build equity slowly. That’s because your monthly mortgage payments primarily go towards interest in those first years of ownership—not towards building equity. That’s why you shouldn’t depend on being able to sell your home to get out of a mortgage, especially in the early years.

If you hold on to your home for many years, the share of your monthly payment that goes towards paying down the principal—and building equity—increases, and the share that goes to paying interest decreases. That means that the longer you’ve had your mortgage, the faster you build equity with your monthly payments. But remember: your home equity also goes up or down as the market value of your home increases or decreases.

If you decide, or need, to move and sell your home within the first few years of owning it, it’s possible that after paying the transaction costs of selling the home, you will not have any more equity than you started with. In fact, you may even have less equity than you started with. Keep in mind that if home prices go down instead of up—as they did from 2007-2012—you could lose some or all of your equity, including the initial down payment, when you sell.

Extracted from an article by Nicole Shea, Consumer Financial Protection Bureau.
Next posting will focus on: Understand how having a mortgage will—or won’t—affect your taxes

Posted by Figeroux & Associates at 2:08 PM No comments: