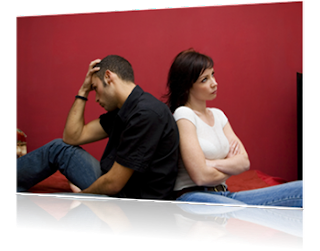 The law in general, and family law in particular, embodies social values. In 1980, the New York State Legislature enacted Domestic Relations Law section 236 part B, which implemented equitable distribution as the means by which judges should distribute property upon divorce. One of the bill’s supporters hailed the legislation as achieving "the adaptation of law to current social values." The new law sought to eradicate financial inequities suffered by divorcing women by distributing marital assets without regard to which spouse held title. Equitable distribution embraced the modern concept of marriage as an economic partnership and allowed wives to receive a share of the marital assets upon divorce because of their contributions as a homemaker. If you are getting divorced in New York, do you know what property you get to keep and what you have to split with your spouse? You may also have questions about who will be responsible for the marital debt.

Equitable Division
New York is an equitable distribution state, meaning that the marital property will be divided between spouses in a way that is equitable, or fair. The court decides what’s fair based on a set of factors that show what each of you contributed to the marriage and what each spouse will need to move forward after divorce. The division does not have to be equal to be considered fair.

Only Marital Property Will be Divided  Before the court can divide your property, it needs to know which property belongs to the marriage, which belongs to each spouse separately, and how much there is of each. Generally, marital property is all property acquired or earned during the marriage, regardless of what the title says. Separate property is property you owned before marriage. It also includes some property you receive during marriage, like a gift, an inheritance, or personal injury award to you alone. If you exchange your separate property for new property during marriage, then that new property remains yours alone. There are circumstances, however, when an increase in the value of your separate property will be characterized as marital property.

For example, if you owned a vacation home before marriage that your spouse updated and remodeled during marriage, then the increase in that house’s value is marital property because it comes from your spouse’s efforts. On the other hand, if you bought an apartment in an up-and-coming neighborhood before marriage and it improves in value during the marriage simply because the rest of the homes in the area do the same, then that increase in value remains your separate property.

At divorce, the court divides only the marital property. It can’t award any property that was yours alone before or during marriage to your spouse. It can, however, consider all your financial resources – both your share of the marital property and your separate property – when deciding how much spousal maintenance (alimony) to award, if any.

Factors Considered in Dividing Property  The types of property commonly divided at divorce are real property like the family home, personal property like jewelry, and intangible property like income, benefits, and debts. The court treats debts the same as any other real, personal, or intangible property. Before dividing an asset or debt, the court will have to characterize it as either marital or separate and then assign ownership or responsibility for it based on a set of factors designed to give an equitable result.

These factors include the length of the marriage; each spouse's age, health, income, potential earnings or future financial circumstances; and property. The court also looks at how each spouse contributed to the acquisition of marital property and, for these purposes, the court treats a spouse’s efforts as a homemaker the same as monetary contributions. For the family home, if you have custody of your children, then you have a better chance of keeping that property, or at least the right to live there while you raise the children.

In addition to any other factor that might be relevant to the particular circumstances of your marriage, the court specifically considers what the spouses may have lost at divorce, such as an interest in an inheritance, pension rights, or health insurance. It also evaluates future losses the spouses face in terms of taxes.

Some assets aren't easy to divide between two people. Something like cash, which is very liquid, can easily be split between the spouses. But an interest in a business isn't as easy to divide. The court has the option to order a distributive award – a payment to balance out an uneven distribution of property – if it is impractical to divide a substantial asset.

Although fault in causing the marriage to fail is not part of the calculation, the court can award less of the marital property to you if you wasted marital assets. You can’t spend marital funds flying your lover to Paris, for example, without having to pay for it later. Likewise, you can’t sell, transfer, or otherwise encumber property in anticipation of your divorce. If you do, the court can penalize you for it during the division.

Is a business or professional practice subject to equitable distribution?

Yes. Businesses, professional practices, and enhanced earning capacity attributable to the attainment of a career, or professional license, educational degree, profession or license is considered "property" subject to equitable distribution. However, as noted above, interests in a business or career may be difficult to divide, or it may be undesirable to do so. In this situation, the court will typically award the actual business or practice to the spouse who is running it, awarding the other spouse property to make up the difference.

Spousal Maintenance Determined Separately   Spousal maintenance is a payment from one spouse to the other to help sustain the recipient spouse after divorce. Similar to the division of property, the court’s order for spousal maintenance must be equitable. Payments can be periodic (monthly, for example) or in a lump sum, and for a set or indefinite period of time. A spouse can request temporary maintenance payments during the divorce process, the amount of which will be based on specific income guidelines.

When the court orders the divorce and the property has been divided, the court can also make a permanent maintenance award. In New York, an award for spousal maintenance is based on many of the same factors as the division of property. Some other factors include the spouses’ level of education and earning capacity, the marital standard of living, and the needs of any children. The court also considers domestic violence during the marriage, which may have kept the battered spouse from seeking or improving employment. The court is also free to look at any factor relevant to the award of maintenance, such as a spouse’s ability to pay.