Join our Journey - Our NAACP Award 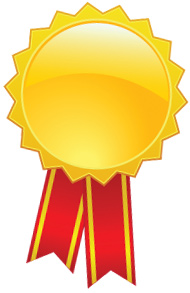 When I arrived in Brooklyn, NY in August 1985, I had just completed a union strike at Barclays Bank/ Republic Bank in Trinidad & Tobago. At the Bank, the Trinidadian French Creole, the white man, through racist tactics had prevented Blacks and East Indians from entering the financial sector, because it provided the most lucrative jobs in the job market.  Additionally, business loans were not given to Blacks and East Indians as it was for the French Creole.
As a shop steward, my union career focused on giving Blacks and East Indians equal job opportunities at the Bank: equal opportunity in promotions through a structured grading and promotion system and equal business loan opportunity for Black and East Indian businesses.  Eventually, ironically, as a Loans Officer, I later observed, discrimination by an East Indian Bank Manager against Black business people. Luckily, I shortly left the Bank for Brooklyn, NY after the Bank paid me to leave, we were both disenchanted with each other.

At Brooklyn College, I majored in Accounting as my career goal was to be a CPA. I participated in the student government, was Floor Leader of the Black and Hispanic Party, the United Students League, (USL) and was the President of the National Association of Black Accountants. I used these various positions to address issues of inequality at the campus. I advocated for justice on the campus for a Haitian student who was assaulted by the college’s baseball team, accountability for student activity fees, that is, contributions outside of tuition that was wasted by college officials, and for accountability in the Accounting & Economics Department for exams that was continuously leaked to Jewish students.  Inequality, whether in Trinidad & Tobago, or Brooklyn, NY, is inequality.

While at Brooklyn College, Michael Griffith, a citizen of Trinidad & Tobago, was killed by a white mob, on December 20, 1986. The mob members were later prosecuted by Special Prosecutor, Charles J. Hynes, now, the District Attorney for Kings County. Yusef Hawkins, was killed by a white mob on August 23, 1989 and members of this mob were later convicted. The Rev. Al Sharpton, Civil Rights Leader and Carl W. Thomas, colleague, attorney and friend, now deceased, all motivated me to become an attorney. At Figeroux & Associates, we have worked on many civil rights cases, the most famous being Abner Louima and Bert Dewgard. The cases that did not get media attention, such as, wrongful death issues, stop and frisk issues, sexual harassment, police beatings, and many other civil rights issues, are dearest to the attorneys, paralegals, investigators, and other staff of Figeroux & Associates.

I am honored to accept this award today, Thursday, October 11, 2012, from the NAACP- NYCHA Branch. This award means a lot a lot to me, our staff and our non-profit organizations: CARE, (Concerned Americans for Racial Equality), IJLEF (the Immigrant’s Journal Legal & Educational Fund, Inc.), NACC (the New American Chamber of Commerce), and AAICC (the African American International Chamber of Commerce).

As a special note, AAICC, President, Randal Toure, Esq., will be making a trip to China, this month to open a gateway for minorities for EB5 business partnership opportunities. This is an initiative of NACC, under Ms. Pearl Phillip’s presidency to secure capital for Black, Caribbean and Hispanic businesses.  This is real capital that American Banks like Barclays Bank have racially refused to address for over a hundred years.  Through this project, we hope to economically empower our community, like we already empower it through our civil rights litigation. Finally, our attorneys, staff, non-profit organizations and partnerships, are led by minorities that are intelligent, that execute and most of all are thoughtful. Through our various organizations, this is how we contribute. If you have time, we invite you to be part of what we do. Volunteer with us, we execute.