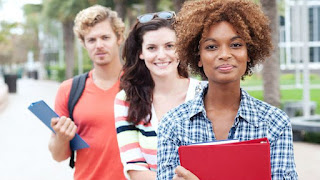 Graduation season is in full bloom. And, many students are graduating into the doom of student loans. Student loan debt can be an albatross around the neck of recent graduates. Although the number of students with debt didn’t increase by much between 2004 and 2014, the amount of debt held by students did, according to the Institute for College Access and Success. About 69% of 2014 graduates from public and nonprofit universities and colleges had debt, compared to 65% in 2004. The average debt held by 2014 graduates was $28,950 per borrower, an increase that was twice the rate of inflation. It’s gotten so bad that student loans are now delaying the decision to get married which does not forecast a promising romantic future.
Mike Kantrow, one of the nation’s leading financial experts, in an article, Why the Student Loan Crisis Is Even Worse Than People Think, Time.com, looks at the lasting impact of student lives stating: “I also found that students who graduate with excessive debt are about 10% more likely to say that it caused delays in major life events, such a buying a home, getting married, or having children. They are also about 20% more likely to say that their debt influenced their employment plans, causing them to take a job outside their field, to work more than they desired, or to work more than one job.”
Soaring student loan debt also poses a risk to the nation's future economic growth. Before the Great Recession, total outstanding student loans ranked well below mortgages, auto loans, credit cards and home equity lines of credit as sources of household debt. Now it trails only mortgage debt, according to the Federal Reserve Bank of New York. About 40 million consumers have at least one student loan, and the average debt was $29,000 last year, according to credit reporting firm Experian. Worse for students, delinquency rates on college loans are rising even as they decline for other types of household debt. The debt weighs down millions of Americans who might otherwise buy homes or start businesses. And the financial horror stories of debt-saddled students, combined with continued increases in tuition, could deter others from attending college and could produce a less-educated workforce.
"The impact on future [economic] growth could be quite significant," said Cristian deRitis, who analyzes consumer credit economics for Moody's Analytics. The amount of outstanding student loans has skyrocketed, 76% to almost $1.2 trillion since 2009 as college costs have shot up and graduates have had difficulty finding good-paying jobs.

The strangulation continues. Retirees  are now facing $36 billion in student loan debt. A recent report from the Federal Reserve Bank of New York has people talking about Americans aged 60 and older who owe billions of dollars in student loans. Really? Senior citizens? Student loans? That’s right. And what’s more, older borrowers are seeing their social security checks garnished for repayment of delinquent student loans. Some of the debt is new, taken on when the borrower decided later in life to go back to school. Some of the debt has been hanging around for years, with balances growing while the borrower struggles to keep up with payments. Still others borrowed on behalf of a child or grandchild.

What can be done? How do we save generations from the strangulation of student loans? In a piece written for YES! Magazine, Raúl Carrillo, co-organizer for The Modern Money Network offered a solution that goes beyond debt forgiveness by arguing that instead of private or publicly funded college loans, the federal government should simply pay the tuition for those seeking higher education.

"To put it bluntly," writes Carrillo, "there is no fiscal reason why the U.S. student debt crisis should exist. You may find this argument hard to believe," he continues, recognizing that "the way most politicians and journalists talk about the national debt and deficit spending makes free higher education sound impossible."

Carillo says there's another way of looking at the crisis of student debt and funding of higher education—"a vision advocated by a growing movement of economists, lawyers, students, and financial practitioners who deal with the institutional nuts and bolts of the economy on a day-to-day basis."

In simplest terms, Carillo's argument rests on the idea that the U.S. federal government, capable of printing its own money, is simply "not broke" in the way that deficit hawks, who always find money for war and prisons and tax breaks for corporations, say it is. The demand should be that government print money into existence on behalf something good, a public investment, like education.
Posted by Figeroux & Associates at 5:43 PM