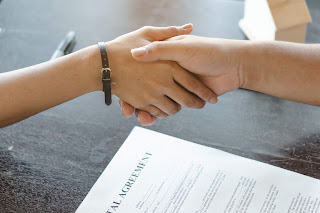 Housing discrimination can take on many forms. According to the Fair Housing Act, landlords cannot project bias against non-citizens.
Recently, in a one-hour live webinar, Douglas D. Chasick, the president of the Fair Housing Institute, instructed owners of multifamily housing properties, managers of multifamily properties, leasing agents and attorneys and other rental property advisors on ways to avoid violating U.S. Department of Housing and Urban Development (HUD) and fair housing rules.
Chasick also advised how to avoid lawsuits from applicants and residents who claim you discriminated against them on the basis of national origin, the challenges of implementing a policy restricting residency to U.S. citizens and dealing with complaints arising from cultural differences among residents.
With more than a million undocumented immigrants living in New York City, thousands live in apartments and may face discrimination. Local legislation, however, can protect undocumented tenants. According to New York City’s Human Rights Law, it is illegal for landlords to discriminate against tenants based on their actual or perceived immigration status.
This includes threatening to deport tenants or report them to Immigration and Customs Enforcement (ICE), retaliating against non-citizens by refusing to make repairs to their apartments and requiring tenants to provide proof of citizenship or documentation detailing their immigration status.
A couple in Massachusetts is all too familiar with how these laws pan out. When a landlord asked the wife of a prospective tenant, “Where are you from?” it sparked a $60,000 rental discrimination lawsuit. The Boston Fair Housing Commission issued $10,000 in emotional damages, $44,000 in attorney’s fees and costs and a $7,500 civil penalty against the broker.
“While the fine was eventually reduced it was not by much,” Chasick said. “[the landlord] casually said where are you from? And [the prospective tenant] said “Venezuela.” The prospect and her husband went on to find an apartment a month later — the prospect found the question about her national origin insulting and upsetting.
When landlords are renting to undocumented immigrants there are some protocols to follow. It is important not to single out applicants who may appear “undocumented” or foreign-born. For example, if an application does not call for a prospect’s driver’s license — do not inquire about a driver’s license from someone perceived to be undocumented. Also, you cannot ask for extra information, unless you ask all applicants for this information. It is recommended to keep records of screening information for all tenants and prospective renters if a lawsuit or fined is pinned to a landlord.
For undocumented immigrants, it is usually difficult to run credit history and background checks. Experts at Landlord Forums.com recommend looking at the last twelve months of bank statements to see their payment history. A County’s Sheriff’s Office is a good place to look up criminal records, especially because it is public information. Also, it is less likely that undocumented immigrants will be late on their payments because at court hearings they may risk deportation.
If an undocumented tenant is having an issue with a landlord, they should call the New York State Office of New American’s hotline at 1-800-566-7636 or file an online complaint to the Attorney General’s Office.To file a discrimination lawsuit, call the Law Offices of  Figeroux & Associates at 718-222-3155 to set up an appointment.
Posted by Figeroux & Associates at 4:05 PM