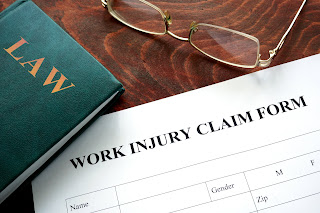 More than a century ago, pirates were some of the world’s first advocates for workers’ compensation. Known for their trademark eye patches and wooden legs, pirates were paid for loss of body parts. While hopefully, your career is not as dangerous as a pirate, if you’re injured on the job, first check out your state’s local protocol.

Whether you slipped on a banana peel, inhaled toxic fumes or strained your back while lifting boxes, there are rules to remember when filing a claim. Depending on the laws in the state, after a claim, a worker might be drug tested. If the injury was caused by the intoxication, then the benefits can be denied.

On the other hand, small businesses cannot forgo workers’ compensation and may face high fines as well as lawsuits for doing so. Uber is currently facing a class action lawsuit after one of its California drivers was allegedly attacked on the job. Since Uber classifies workers as independent contractors, the driver is not required to receive workers’ compensation.

This is one of the drawbacks of Uber’s business model of employing independent contractors. While Uber can avoid insuring drivers, they also run the risks of costly lawsuits. This varies from state to state. In New York, however, Uber drivers are given workers’ compensation benefits under the Black Car Fund, which provides protection and insurance for drivers who are classified as independent contractors.

If an agency is concerned about the cost of workers’ compensation, the penalties for forgoing the costs are far worse. According to New York State’s Workers Board Employee Handbook, if you do not carry coverage and you have fewer than five employees within a 12-month period, then you risk a misdemeanor fine between $1,000 and $5,000. If you hire more than five employees and do not provide coverage it is a class D felony and you face a fine between $5,000 and $50,000.

If a business keeps inaccurate payroll records, that can affect workers’ compensation premiums, they may face a penalty of $2,000 for each ten-day period of non-compliance. These laws do not discriminate against celebrities either. In 2013, TMZ reported that Jim Carrey was fined $72,000 for not providing workers compensation for employees at a New York art studio.

Higher workers’ compensation premiums are most often seen in industries with more dangerous conditions such as construction zones, landscaping or other risk-prone locations.

Here are some quick tips for reducing your workers’ compensation premiums. First, establish and maintain a safety program to reduce work-related injuries. For example, some employers join a drug-free workplace program regulated under Code Rule 60 of New York State’s Department of Labor. In addition, it is important to be aware of fraudulent claims. If someone is out of work for a knee injury – an investigator might expose that they’re engaging in activities that impede on their safety. Lastly, consider joining a Professional Employer Organization (PEO) to assist in loss control and safety. They are experts in providing administrative support such as payroll processing and human resources. Reducing injuries not only ensures a safer work environment but allows the owner to build a profitable and sustainable business.
Posted by Figeroux & Associates at 8:35 AM