Can I Get Rid of My Taxes in Bankruptcy? 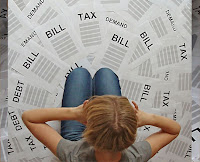 Many people are unaware that you can discharge income taxes in bankruptcy under certain circumstances. But, first a disclaimer. I am not an attorney and under the law,cannot give legal advice. Make certain to speak to a competent bankruptcy attorney (and believe me a lot of them are not) for advice specific to your case.

BANKRUPTCY REFORM WAS PASSED BY BOTH HOUSES OF CONGRESS AND SIGNED INTO LAW BY PRESIDENT BUSH IN APRIL, 2005. THE NEW LAW WENT INTO EFFECT IN OCTOBER 2005. BANKRUPTCY REFORM WILL MAKE IT MORE DIFFICULT FOR SOME PEOPLE TO GET RID OF THEIR DEBTS IN BANKRUPTCY. THE BASIC RULES FOR WHAT TAXES ARE DISCHARGEABLE IN BANKRUPTCY WILL NOT CHANGE.

Generally, personal income taxes may be discharged when the taxes are at least three years old, were assessed at least 240 days prior to the bankruptcy filing and were voluntarily filed at least two years ago. If you are considering filing bankruptcy and the IRS has filed for you, (known as an SFR or Substitute for Return) consult an attorney prior to filing original returns! This is critical and must not be ignored. What taxes cannot be discharged in bankruptcy? Income taxes less than three years old; taxes filed less than two years ago and taxes assessed less than 240 days ago will not be discharged in a chapter 7 filing. While a chapter 7 filing may not be right for you, an attorney may well recommend that you file a chapter 13 which is a payment
plan.

What about payroll taxes? There are two portions which make up a payroll tax return, the trust fund which are the taxes withheld from the employees and the non-trust fund which are the taxes paid by the employer. Only the non-trust fund portion can be discharged and that is normally around 1/3 of the total tax. In addition, if you were a corporate officer and personally assessed for the Trust Fund Recovery Penalty, don't look to the bankruptcy courts for help as that is never dischargeable.

Also, even when taxes are dischargeable, it does not mean that you simply walk away from the entire tax bill. Exempt assets to which the court does not attach are still subject to a Notice of Federal Tax Lien if the IRS filed prior to the bankruptcy. Exempt assets can include equity in a home, equity in a car and accounts receivable.

I recently had a case where the client was shocked that the IRS was still coming after her even though the bankruptcy discharged the taxes. Though there is an ongoing dispute as to the value of the exempt assets, the IRS claims that their lien attaches to $19,000. We are currently negotiating with the IRS to see what they will accept to close out the case.