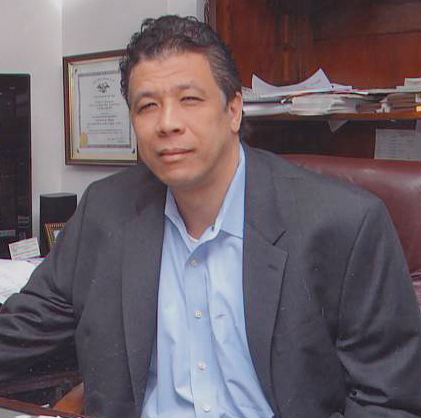 Comprehensive Immigration Reform (CIR), long delayed, for the wrong reasons.  I arrived at JFK International Airport, in August of 1985, to study Accounting, at Brooklyn College with a F1 Visa. My wife and children would follow with F2 Visas.  At the airport, the customs officer in an unfriendly tone asked, “Why I did not stay in my home country to study, don’t you have Universities there?” I said, “No, we are undeveloped in the Caribbean and swing on vines.” He then stamped my passport with a frown.

At Brooklyn College, I was member of the National Association of Black Accountants, later President, member of the United Students League (USL), later Floor Leader and member of Black Family.  Black Family, was an organization where I drew comfort from, because the emphasis of the organization was keeping black families together.  Student politics at Brooklyn College was racially divided, Blacks, Hispanics, East Indians and other minorities usually were members of USL, Jews and Whites were members of PHD, the other party.  Organized cheating at exams were dominated by Jews and Whites especially in the Accounting Department, where there was also an emphasis on multiple choice exams.  Organized cheating was a moral shock to me, being a student of the British system all my life that emphasized honesty and focused on essay writing.
At Brooklyn College, American Students of African Descent (ASAD), an umbrella organization for Black Clubs, was formed when a Haitian student was attacked by White students of the college’s baseball team.  The organization effectively dealt with that incident of racism, but was not successful overall, because minorities seemed to need a crisis to stay together.
First employment, at a retail store and warehouse in Brooklyn, where all Blacks and Hispanics were placed in the warehouse, all Whites and Jews were placed in the sales department on the first floor. Internal control for theft was only directed to Blacks and Hispanics, while White and Jewish employees were recruited to spy on Black and Hispanic workers in the warehouse.  At Brooklyn College, while studying for my accounting degree, my Jewish auditing professor said, “Internal controls for protecting assets, should be based on the presumption that everyone would steal, if you give them the opportunity to do so, not color” Oh, the biggest thieves over the years at the warehouse were White and Jewish, not Black and Hispanic.
Reverend Sharpton, was my hero, I marched like most Blacks with him for racial justice in the Yusef Hawkins case, worked with him on the Abner Louima case, disagreed with his political tactics in addressing civil rights issues in general, but was inspired by the organized effort of Norman Siegel of the New York Civil Liberties Union, on the same NYPD issues in 1997.  During that time and less presently, Reverend Sharpton’s and other civil rights leaders, amazed me by their lack of organizational abilities and execution.  Additionally, their lack of knowledge on immigration issues, as it relates to civil rights issues is disappointing.  They, like some immigrants differentiate between the African-American and Caribbean-American experiences, forgetting, that the slave ships made different stops with the same cargo of people, separating families. Caribbean-Americans and other immigrants are no different when they believe that they are better than African-Americans.
Comprehensive Immigration Reform, or lack of reform, separates families, deportations whether criminal or non-criminal separates families. September 11, 2001, created more vocal anti-immigrant sentiments and movements in the United States by already extremist groups whose focus is keeping America white, more so, than keeping America safe. The eight Senators, supported by President Obama, the number one deportation President, have a new or old proposal on CIR, it’s called the Border Security, Economic Opportunity,and Immigration Modernization Act of 2013. The Boston issue has created another opportunity for extreme White or KKK organizations to delay CIR. What should be done?
The networks, FOX, CNN, ABC, NBC, MSNBC, etc., most times, or some times, portray immigration to the United States as an inconvenience as opposed to a necessity. Old immigrants were mostly white or Jewish, new immigrants are mostly Hispanic or Black, this is the difference that is at the center of the debate without intellectual acknowledgement.  The new CIR, Senate proposal creates new categories that favor the “smart” over family.  This new approach may make economic sense, but panders to the extreme with racist agendas. The House is next. They get an opportunity to either approve the Senate proposal or to use Boston as a rallying call to continue the status quo. To House representatives the status quo is fine, because it slows demographic changes favoring Hispanics and is a blow to the President and Democrats who promised CIR in 2012.
At Figeroux & Associates, we are intellectually aware, experienced and good American attorneys and staff supporting Comprehensive Immigration Reform, and like President Obama, we understand that in negotiations, you have to give, to get.  My experience, my Welcome to America, is not uncommon.  I statistically believe that America will one day be a nation of greater diversity, that change takes time, and that multi-culturalism is America’s destiny.  God bless America.
For a brochure on Comprehensive Immigration Reform, click here.
Posted by Figeroux & Associates at 2:44 PM 1 comment:

Announcement of the Border Security, Economic Opportunity, and Immigration Modernization Act by the Senate’s Gang of Eight

Statement by Brian Figeroux; Legal Advisor of the Immigrant’s Journal Legal & Educational Fund, Inc., (Journal) on the Announcement of the Border Security, Economic Opportunity, and Immigration Modernization Act by the Senate’s Gang of Eight: "The bipartisan immigration bill presented by  the Senate’s Gang of 8 offers a commonsense  approach to fixing our outdated immigration  system. The Journal, volunteers and  membership recognizes that not all parties  involved will get everything they want from  the final outcome. This bill, however, shows  that the members of the Gang of Eight  recognize immigration reform is an economic  imperative for our country. We at the Journal  are particularly concerned about the issues of  family reunifications and waivers for  immigrants with criminal records.  We believe  that a focus on family reunification legislation  will lead to less illegal immigration.  Today’s  introduction is a major step in the right  direction and shows that the need to pass  comprehensive immigration reform is more  urgent than ever.”

Please click here for a Outline of the Border Security, Economic Opportunity, and Immigration Modernization Act of 2013 Border Security.
Posted by Figeroux & Associates at 12:59 PM No comments: