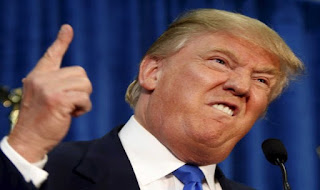 On January 27, 2017, President Trump issued an Executive Order (EO) entitled "Protecting the Nation from Foreign Terrorist Entry into the United States." People all over the United States are rallying in opposition to this EO and showing their support for all of those individuals affected by President Trump's EOs. AILA lawyers across the country are showing up en masse to provide legal support to those detained, as well as to families and friends waiting for their loved ones to be released.

Last night, lawyers filed actions across the country to halt the January 27,  EO. A federal judge in the Eastern District of New York issued the first order, granting a nationwide stay of removal preventing deportation for individuals with valid visas and approved refugee applications affected by the EO. The next decision came out of a federal court in Massachusetts - it went a bit further and barred federal officials from detaining or removing individuals subject to the EO. Two other courts also issued rulings. In a case filed in Virginia, the court ordered federal officials to provide lawyers access to "all legal permanent residents being detained at Dulles International Airport" and barred officials from deporting covered individuals for the next seven days. In the case out of Washington State, the federal judge barred the federal government from deporting two unnamed individuals from the United States.

Lawyers in the New York case are seeking clarification from the court.

The Department of Homeland Security put out a statement, that the agency "will comply with judicial orders."

More clarity was provided by Secretary Kelly of the Department of Homeland Security, who released a press statement this evening clarifying how the EO applies to LPRs: "I hereby deem the entry of lawful permanent residents to be in the national interest."
Posted by Figeroux & Associates at 9:04 AM 1 comment: 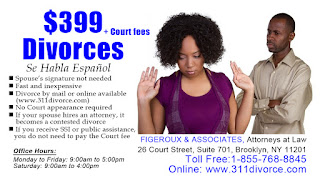 Marriage should demonstrate and remind us of why you fell in love. However, as many of us can attest it’s not always a happy ever after. Divorce may be the best option for various reasons; here are 10.

1) Infidelity. This leads to insecurity, trust issues and resentment and relays lack of commitment. It may appear in various ways such as having sexual relationships or flirting and other physical contact with someone other than your spouse. Infidelity also opens the door to health-related issues such as sexual transmitted diseases, HIV and AIDS.

2) Lack of Trust. Trust is one key to building a great relationship but the lack of trust will do the complete opposite. A partner who cannot be trusted leaves their mate with many unanswered questions wondering what to do. Also places that mate in a position to question even the smallest matters or circumstances concerning the relationship, as well as the stir up of arguments and fights. The continuance of such behavior then creates barriers and unresolved issues.

3) Physically Abuse. This  is unacceptable no matter what  it stems from, and also does its share of damage on  marriages. A person involved in any form of abuse leaves the door open for more and more abuse to occur.  It is life threatening and can lead to a homicide or suicide of the abuse victim or both.

4) Emotional Abuse. This  affects the well-being of  many individuals, preying on their mental health, even more on those with lower self-esteem. A spouse should be that go-to person for communication, love and affection. The one that builds you up and gives you the confidence and support you need to face any situation.

5) Drug Abuse. This is a killer in marriages that should never go unnoticed or untreated; some couples have lost their friends, jobs and identity. The harmful substances found in many drugs can lead to addictions and abnormal behavior such as hallucinations and paranoia, to name a few. Effects and severity can be long term and in contrast the best hope is in separation by divorce.

6) Gambling. This has done its share in shattering homes, some couples have lost their homes. In other cases, many individuals are forced to move back home with parents or other family members and have caused their family to endure hardship in many ways.

7) Financial Hardship. This is something many of us have face in one way or another. Couples in this dilemma endure the stress of maintaining a home, a car, supporting the family or even providing food. This can be from having low-income or being laid off from work, as well as entering a marriage with one party or both having debt and bad credit.

8) Abandonment. This is not  waiting for a military spouse back from war. Abandonment  involves leaving all responsibilities on the other person.  It may cause much emotional stress and depression on the partner behind pondering all the things that could lead to it, while still not sure if the person is dead or alive. Some partners have spent years holding on to a thought of the other person returning only to become more and more stagnant in life by not letting go and moving forward. In the event, choosing to get a divorce, would grant a way of starting over.

9) Imprisonment. Living without a spouse can be hard at times, it takes away the companionship you enjoyed as a couple. While some have gone through the process and were able to pick up where they left off, many have found it difficult to get past that chapter of their marriage. In addition to the years being apart and changes that took place, they may have grown apart. Sometimes the only bright future for either couple is to divorce and move on.

10) Tragedy. Past or present, this can negatively affect a marriage with the memories that play out time and time again. At times, it is one party not willing to forgive the other or not being able to let go, or just dealing with the death of a child or loved one. In other cases, it may be tragedy from childhood that was not dealt with that creates challenges in the couple’s marriage that become more and more burdensome or hard to overcome.

Divorce is an option in many cases for couples that have had devastating dilemmas that took a toll on the marriage. Many of those individuals live with the aftermath and even the fear of even committing again. The terror many endure while in wedlock  is why divorce is better than staying in a bad marriage. For those who endured more tears than joy, more pain than bonding, divorce can bring them peace of mind after all.

DUI Will Get You In Prison and for Non-Citizens, Also Deported 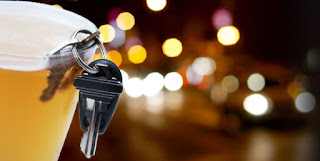 Stringent laws are on the books in the United States to address the alarmingly high drunken driving statistics.   A gargantuan number of people—over 100,000 to be precise—are charged with DUI (driving under the influence) or driving while intoxicated (DWI) every year and face the frightening specter of imprisonment and for non-citizens an even more frightening specter of deportation.
It is quite feasible, which is certainly encouraging news, that an experienced attorney will possess the legal machinery that will persuade the prosecution to drop or reduce the charges levied against you.  You need an attorney to fight for you—to be your advocate.
If you are confronted with a scenario whereby you had a few drinks with some buddies and got behind the wheel of your car and are pulled over to the side of the road by police officers, and are subsequently arrested, here are some defenses that an attorney will employ:
The situation can unfold whereby there is no probable cause to arrest you.  Let’s say, for instance, that your evaluation of the episode is such that you feel that you were placed in handcuffs due to such factors as race or ethnicity, an injustice that is increasingly being perpetuated in our multicultural communities. Consequently, any evidence that was seized while you were being arrested could be prevented from being introduced as evidence at trial.
A police officer is legally mandated to read you the Miranda Warnings. Simply put, the provisions of that document stipulate that if you face arrest, you enjoy certain rights, e.g., you have the right to remain silent, that anything you say be used against you and that you have the right to an attorney. Furthermore, it is possible that you may be able to exclude some evidence at trial if the arresting officer fails to comply with the provisions of the Miranda Warnings.  As you can see, police officers can, and do, make mistakes.
You can challenge the arresting officer’s testimony regarding your behavior. Witnesses may play a pivotal role.   The arresting officer should understand that your performance of the sobriety test might have been adversely impacted by certain variables which can result in an erroneous positive test result of drunkenness.
Police officers administer chemical tests to measure blood alcohol content (BAC) within your body, specifically in your blood, urine or saliva.  The results constitute a major determining factor in the prosecutor’s case against you in a court of law.  If you can successfully challenge the accuracy of these tests, the results may be deemed inadmissible at trial.
There is a likelihood that the arresting officer failed in his obligation to advise you that if you should refuse to take a chemical test, your license may be automatically   suspended. If this is the case the test results might not be admitted in court or in a license suspension hearing.
If you are able to prove that the officer did not comply with these requirements, or that the machine was faulty, or that the technician was incompetent, you may be able to get the test results thrown out.
Even if this is just your first offense you will be understandably frightened and apprehensive about what will ensue. You won’t be facing harsh penalties, but you may be confronted with additional charges if (a) you are underage; (b) there was a minor seated in your vehicle; (c) your blood alcohol level was excessively beyond the legal limit, also known as an aggravated BAC; (d) you caused a traffic accident; (e) you were involved in a hit and run; or (f) you hurt or more tragically, killed someone.
If, however, this is your second offense the penalties will be more serious and include yet not be limited to (a )jail time, (b) court-ordered community service, (c) driver’s license revocation, (d)probation, (e)court-ordered  drug and/or alcohol rehabilitation,  or (f) traffic school.
The penalties imposed for third offenses are significantly more severe and could involve a one- year imprisonment.
If you are arrested for driving under the influence or driving while intoxicated, you will be punished; but an attorney can fight these charges. Remember, you cannot fight these charges alone.
This article is for informational purposes and does not  constitute legal advice. For expert legal advice contact the Law Offices of Figeroux & Associates at  855-768-8845.
Posted by Figeroux & Associates at 10:53 AM 1 comment: