News Flash: An Ex-Husband Can File for Social Security Based on His Ex-Wife’s Salary Once upon a time, happily ever after wasn’t just an adage you read about in the pages of a romantic fairy tale.  Marriage at one time lasted till the proverbial death do us part.  But in today’s world, divorce is probably just as a commonplace phenomenon as the marriage ceremony itself.  Divorce admittedly is a painful experience and can have a detrimental impact on us in these spheres—psychologically, emotionally, physically and financially. Consultation with a professional health provider is recommended for the first three spheres, consultation with the Social Security Administration (SSA) is all that is necessary for the last sphere since it is possible for an ex-spouse to tap into their ex-spouse’s social security benefit is according to NowItcounts.com. But alas, this is unbeknownst to the population of the divorced out there. In this article the focus is going to be on ex-husbands. First let’s discuss the rules and regulations, as delineated by the SSA.
If you are divorced, but your marriage lasted 10 years or longer, you can receive benefits on your ex-spouse's record (even if he or she has remarried) if:
•You are unmarried;
•You are age 62 or older;
•Your ex-spouse is entitled to Social Security retirement or disability benefits and
•The benefit you are entitled to receive based on your own work, is less than the benefit you would receive based on your ex-spouse's work.

Note: Your benefit as a divorced spouse is equal to one-half of your ex-spouse's full retirement amount (or disability benefit) if you start receiving benefits at your full retirement age. The benefits do not include any delayed retirement credits your ex-spouse may receive.
•If you remarry, you generally cannot collect benefits on your former spouse's record unless your later marriage ends (whether by death, divorce or annulment).
•If your ex-spouse has not applied for retirement benefits, but can qualify for them, you can receive benefits on his or her record if you have been divorced for at least two years.

If you are eligible for retirement benefits on your own record and divorced spouse’s benefits, we will pay the retirement benefit first. If the benefit on your ex-spouse’s record is higher, you will get an additional amount on your ex-spouse’s record so that the combination of benefits equals that higher amount.
Note: If you were born before January 2, 1954, and have already reached full retirement age, you can choose to receive only the divorced spouse’s benefit and delay receiving your retirement benefits until a later date. If your birthday is January 2, 1954 or later, the option to take only one benefit at full retirement age no longer exists.  If you file for one benefit, you will be effectively filing for all retirement or spousal benefits
•If you continue to work while receiving benefits, the retirement benefit earnings limit still applies. If you are eligible for benefits this year and are still working, you can use our earnings test calculator to see how those earnings would affect your benefit payments.
•If you will also receive a pension based on work not covered by Social Security, such as government work, your Social Security benefit on your ex-spouse's record may be affected.
Note: The amount of benefits you get has no effect on the amount of benefits your ex-spouse or his or her current spouse may receive.
Posted by Figeroux & Associates at 1:51 PM No comments:

8 Things the IRS Looks for on Your Tax Returns 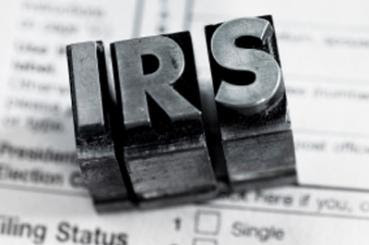 We are all confronted with a myriad of unsettling issues in the daily management of our lives. Two words in the English language strike absolute terror in the bosoms of us all. What are these two dreaded words? Tax audit. Who exactly is the IRS hunting for in their quest to locate the perfect candidate for an audit?  First let us define our vocabulary. An audit is simply the IRS double checking your numbers to ascertain that you don’t have any discrepancies on your tax return. According to the Motley Fool, the modus operandi of the IRS is as follows:  they send a letter about particular items on your tax return, request supporting documents or ask about a math error it thinks it has found.  The audit letter will contain a comprehensive explanation of the questionable part of your return accompanied by an explanation of the pertinent tax rules.  What are some of the things the IRS looks for in all of those tax returns that reach them by the 15th of April?
1.    Charitable donations. According to Nerdwallet, you should not claim too many charitable donations. If you did in fact make generous contributions to a philanthropic organization you will certain be eligible for some well-deserved deductions but be forewarned—don’t report false donations.  It’s mandatory that you maintain meticulous records-you must have proper documentation to prove the validity of your contribution.

2.    Schedule C.  Do not report too many losses on Schedule C which is a form that is required for the self-employed who can take deductions that will lower their taxable income.  Being your own boss, you might be tempted to conceal income by filing personal expenses as business losses.  The IRS scrutinizes Section C with a very watchful eye.

3.    Home deductions. Claiming a home deduction is narrowly defined by the IRS. It is reserved for people who utilize a designated section of their home exclusively for a business. Only claim a home office deduction if you have set aside a section of your home for your business.

4.    Higher than average income. According to Quick books Intuit, having a higher than average income will possibly lead to increased odds of an audit. You will need to keep meticulous financial records. Large deductions that reduce the amount of your taxable income may cause a red flag at a desk at the IRS if they are out of proportion with your income. IRS uses tables to determine how much is too much.

5.    Numbers that have been averaged.  Rounding up or averaging numbers in our everyday life might be an acceptable practice but when it comes to your tax return it can trigger an audit.

7.    Business entertainment. If a particular tax return includes higher than average entertainment expenses be careful.  If you are going to deduct these types of expenses you must keep records where and when it occurred, who was in attendance and the purpose as it relates to your business.

8.    Claiming your vehicle. If you claim your vehicle, be it your car or van or truck, as 100% business, you will have to choose between the IRS standard mileage rates and actual expenses.   Do not deduct both of these on your tax return. You will need to provide precise records that include mileage logs, dates and the purpose of each and every trip.

The aforementioned list is just the tip of the iceberg concerning what items on your tax return the IRS is looking for before they send, seal and mail that letter inviting you for an audit.
Posted by Figeroux & Associates at 3:54 PM 1 comment: 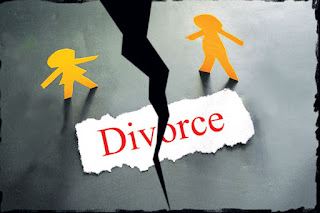 The marriage ceremony, historically, represents a celebration of a blessed union between two people in love—a memorable and romantic and special day with vows to be faithful till death, do us part.  This is a day when the ecstatic couple envision a happy life together spanning many generations to come. Rings have been exchanged; vows have been exchanged; the bridal bouquet has been tossed and eagerly grasped by a hopeful new bride –to-be.  The honeymoon is over. The couple are now officially and legally wed. Harsh reality steps in as a plethora of irritating and heartbreaking problems now plague the couple. Let’s address some of the most common problems facing that young now disillusioned couple.

1.     Money. Arguments develop and escalate over financial issues, e.g., bills, debts and spending habits. It’s no longer who is going to pick up the check in the restaurant on that third date. There are bigger issues to deal with. According to Jason Carroll, Brigham Young University, “Financial problems are as much a result of how we think about money as how we spend it.” For those couples who want to buy into the dream of home ownership, they face the stress of costly expenditures—mortgages, property taxes, and monthly maintenance costs.  According to Pulse.com, quite conceivably, couples incorporate opposing value systems—one spends money freely; the other is more frugal.  Ranjan Shaw, a marriage counselor and clinical psychologist, observes that most partners are indeed surprised by each other’s spending habits and debts which apparently they did not know about when they were just in the dating mode of their relationship.

2.     Household responsibilities.  Now that they are living under one roof, disagreements will inevitably arise over the equitable distribution of household chores—taking out the garbage, cooking, grocery shopping, etc. etc. etc. The to-do list is endless. This is particularly problematic in the very early days of the marriage when the honeymoon phase is over and both partners are employed outside the home. Once upon a time household chores fell into the domain of the woman—no longer a truism in the 21st century.

3.     Addiction.  According to Tim Lanigan, formerly with the U.S. Drug Enforcement Administration, drug abusers, to satiate their addiction desires, make withdrawals from the family’s bank account, money that would ordinarily be used for such necessary expenditures as food, shelter and clothing . Witnessing an empty refrigerator, empty closets and the specter of eviction, will most certainly introduce an excessive amount of stress.

4.     Children.  Marriage counselor, Sonali Raisingh, observed that couples differ on what day they plan to check into the maternity ward to have that first child.  Biological considerations dictate when women want to become mothers, whereas fathers prefer to be financially and emotionally prepared to enter into fatherhood. According to Directed Path Ministries, the subject of children involves when to have children, how many to have, how to discipline them and how to educate them.  The issue significantly   escalates when the parents inherit children from previous relationships or marriages.

5.     Sex. Invariably, in most marriages men feel that they are in essence not getting enough love in the bedroom. Couples Counseling Center states that initiating a meaningful dialogue is often difficult due to embarrassment. Periodically, an infrequent occurrence of sexual relations will ensue due to such contributing factors as resentment, exhaustion, or stress. All the glasses of wine and candle-lit rooms will not inspire affection during such stressful times. Stephanie Mane, relationship therapist, observes from her own experience in her practice that, “More than money, kids…the most common issue with married couples…is a struggle with sexual intimacy. “

6.     Technology. A new phenomenon has invaded the marriage counselor’s office as technology increasingly becomes a fact of life for us all. For marriage counselor Amy Morin, “People are texting while they’re at dinner, surfing the Internet in the evening, and using their smartphones.  Sitting next to your partner and using separate laptops doesn’t constitute quality time.”
The aforementioned list is just the tip of the iceberg concerning what disrupts domestic tranquility and disrupts the happily ever after scenario.

Posted by Figeroux & Associates at 4:26 PM No comments: